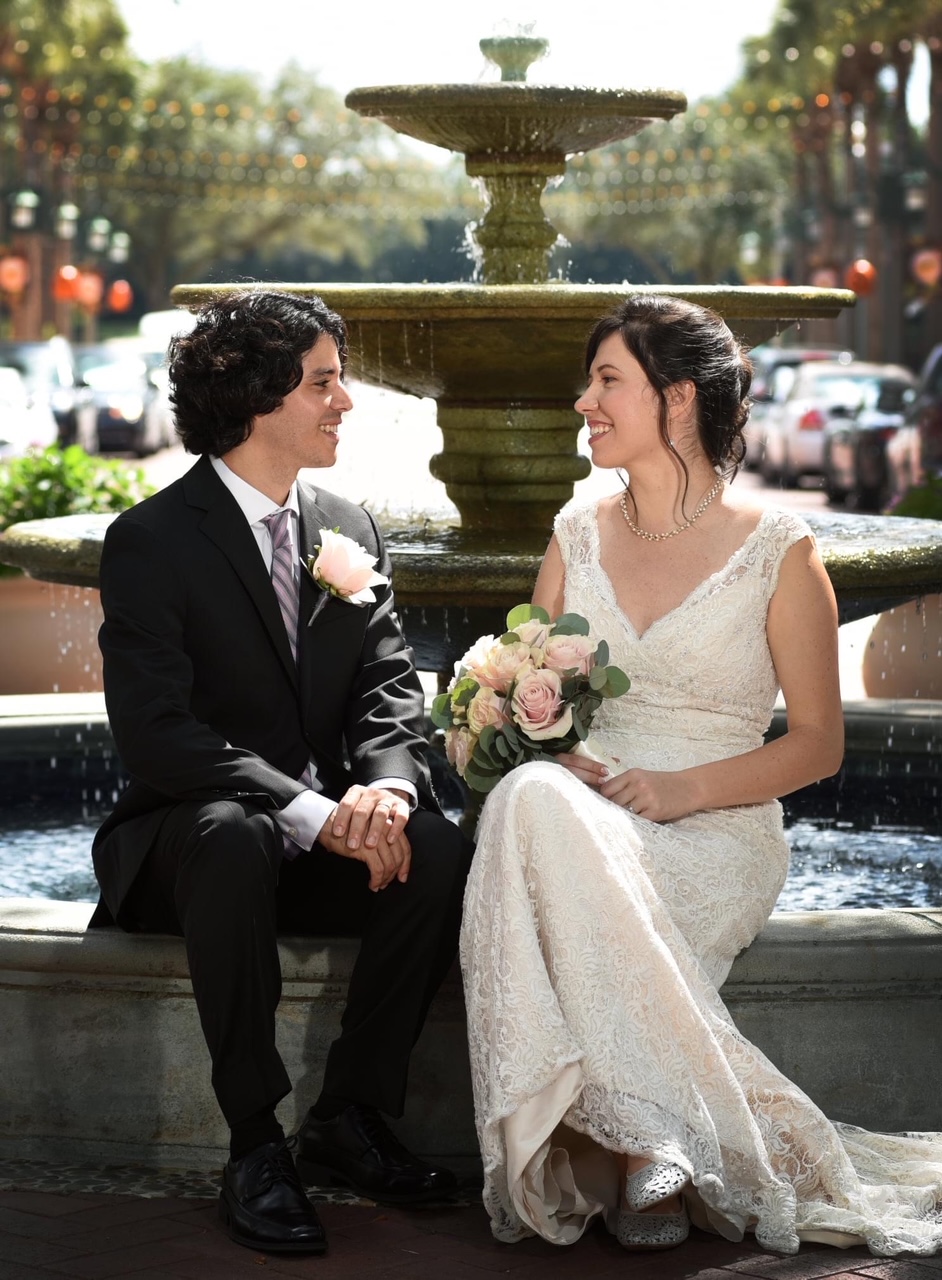 June 21, 2022 by intimateweddings 0
Vailisa and David met while working for an international bank and decided that they wanted to elope in Orlando.  Since both sets of family lived in separate countries they knew they wanted to go ahead and get married, then have their bigger weddings down the road.
The couple contacted Victoria with Intimate Weddings of Orlando about the possibility of the two of them having an elopement package with just one friend in attendance.  Vailisa and David wanted to make sure it felt like a real wedding, even though they would have no family there with them.
The couple chose a secluded location in Celebration, Florida (the village Disney built) to have their intimate wedding.  There along a landscaped canal, with orange cannas blooming behind them, they faced each other, took their vows, exchanged rings, and became husband and wife.
Christopher Smith with Captured by Chris made sure to get every shot the couple wanted.  From pictures of the couple getting married to portraits around this beautiful village, Chris captured it all.
Flowers by Lesley really stepped up and crafted a beautiful bouquet and matching boutonniere of lite pink roses and silver dollar eucalyptus.  The couple loved having the beautiful flowers as part of their elopement.
Rev. Glynn Ferguson, an Orlando Wedding Officiant and owner of Sensational Ceremonies, worked with the couple to help create a beautiful custom ceremony that was crafted just for the two of them.  Civil in style with personal vows and touches, the ceremony fit them perfectly.
Category: Real Weddings
Tags: Captured by Chris, Celebration, Central Florida, ceremony packages, custom ceremonies, custom ceremony, destination wedding, destination weddings, elopement, elopement package, Flowers By Lesley, Intimate Weddings of Orlando, Sensational Ceremonies